Adding EQ to Your IQ 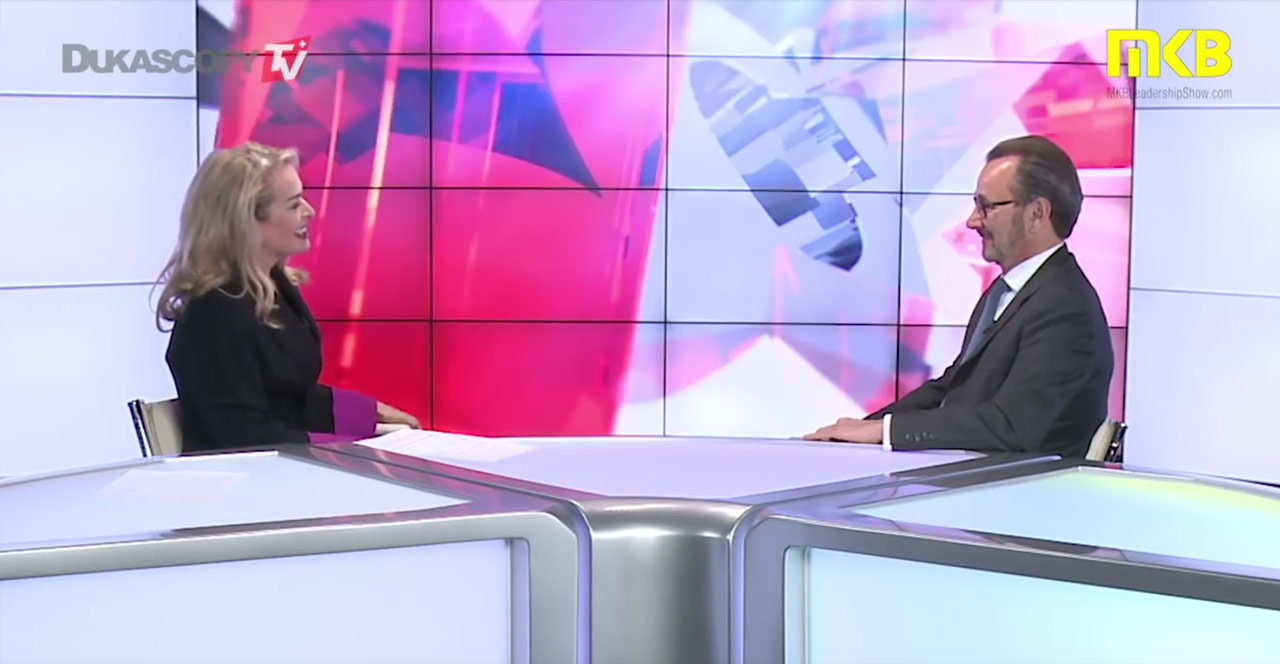 The Journey of a Swiss Ambassador

Who is Raymond Loretan

He holds a law degree from the University of Fribourg and a diploma in European Organizations from the University of Strasbourg. Before joining the Group in January 2007, Raymond Loretan held several positions within and outside the Swiss administration for more than 20 years, serving as diplomatic Assistant to the Secretary of State at the Federal Department of Foreign Affairs (1984–1987), personal adviser to Federal Councillor Arnold Koller (1987–1990), Counsellor for European Affairs of the Canton of Valais (1991–1992) and Secretary general of the Swiss Christian Democratic Party (1993–1997). In 1997, Raymond Loretan was appointed by the Swiss government as Swiss Ambassador to the Republic of Singapore and to the Sultanate of Brunei Darussalam. In 2002 he was appointed as Consul General of Switzerland in New York with ambassadorial ranking. He is also founding associate of the consultancy practice FBL associés (www.fbla.ch), Geneva, Chairman of the board of the “Société Suisse des Explosifs” and Vice-chairman of the Cave “Vins des Chevaliers”. He is Chairman of the Association SRG SSR and at the same time of the Board of Directors of the Swiss Broadcasting Corporation (SRG SSR) since 1 January 2012.

I hope the MKB Leadership show brings your leadership one step closer to excelling. If you enjoyed this TV show, subscribe on my youtube channel.

Are you a brilliant and ambitious leader who is frustrated with a lack of employee engagement? Are you looking to better communicate your strategy? Do you want to inspire your team and fast track your leadership to success? With our 7-step coaching process and your brilliance, you will be able to achieve this successful transformation. If you are taking on a new leadership position and want to avoid falling into the 40% that fail after 18 months, our coaching process can assure you a successful integration. We will support you as you ease into your new role, allowing you to do so quickly and productively. Katrina Burrus, PhD, MCC is the lead coach at Excellent Executive Coaching LLC, US and MKB Conseil & Coaching, Switzerland. She has a proven track record in coaching global leaders in multinationals (Nestle, Novartis, CERN, UNAIDS, and the UN, to name a few).

How to Fast Track to your Next Promotion
November 20, 2018

One of the Most Powerful Auctioneer
April 2, 2018

This site uses Akismet to reduce spam. Learn how your comment data is processed. 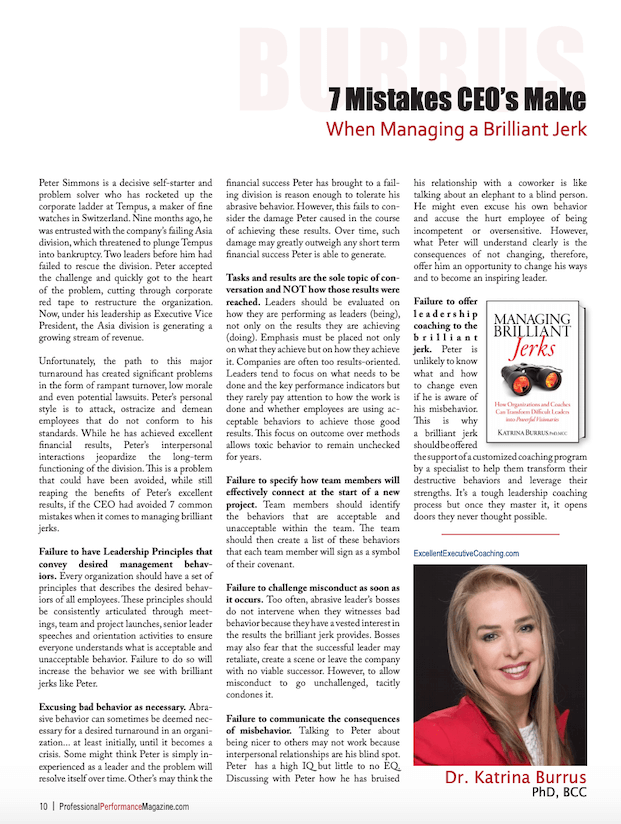 Enter your information below and receive access to 7 Mistakes CEO's Make When Managing a Brilliant Jerk FREE! Download will be sent to your email address.
MKB Leadership TV Show